The technologies of solar electricity and hot water and those of solar heating are quite different. However, some solar collectors have both functions: covered with photovoltaic cells, they produce electric current, and they are also covered with pipes (exchangers) that recover solar heat. In this post, we will see how hybrid solar panels work and what their advantages are. 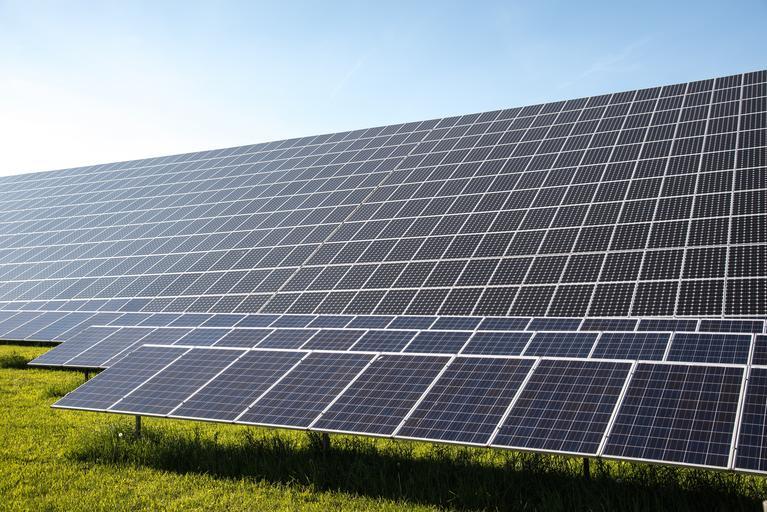 Hybrid solar panels are both photovoltaic panels and thermal solar panels. That’s why they are also called “PV/T panels.” They produce both electricity and hydraulic heat, producing domestic hot water, heating a swimming pool, and even low-temperature underfloor heating (or radiators). It is, therefore, cogeneration: simultaneous production of electricity and heat.

The operation of a mixed photovoltaic/thermal solar panel is similar to that of a conventional thermal solar collector, where the glass is replaced by photovoltaic cells. That is to say; the panel is composed of small pipes in which an antifreeze circulates and is heated by solar energy.

In a thermal solar collector, an insulator on the underside prevents this heat from being dissipated, but it is not systematically present in a hybrid collector. Besides, some manufacturers optimize the heat transfer between the photovoltaic front face and the antifreeze circulation by using a heat exchanger wholly integrated into the panel.

Note: Similar to photovoltaic collectors, hybrid collectors also produce direct current. An inverter transforms it into an alternating current, which can be used directly at home or sold on the electrical grid.

The interest in hybrid solar panels

In addition to being a silent energy production system, which does not emit pollution and uses naturally free and inexhaustible solar energy, hybrid collectors have a lifespan of more than 20 years and require almost no maintenance.

Save space by combining electrical and thermal production on the same surface: the advantage of mixed collectors compared to a conventional photovoltaic installation on the one hand and solar thermal panels, on the other hand, is the space-saving and the aesthetic homogeneity of the collectors.

Increase the photovoltaic production by lowering the cells’ temperature: the yield of photovoltaic collectors decreases as the temperature increases. The decrease in yield is estimated at 0.5% per additional degree. However, some of the solar radiation is not converted into electricity and is dissipated in the form of heat, increasing the cell’s temperature compared to the ambient temperature.

The heat exchanger limits the temperature rise of the cells and allows an additional production of photovoltaic electricity of about 10%.

Note: Some manufacturers claim an increase in electricity production of 40% compared to a conventional photovoltaic system, but this figure seems disproportionate!

The cost of an installation of hybrid collectors, associated with a domestic hot water tank is about the same (or even slightly less expensive) than the total cost of a photovoltaic installation of the same power, on the one hand, and of a solar water heater with a tank of the same volume and the same coverage rate, on the other hand.

The sizing is done according to the heat needs, for example, to produce half of the domestic hot water needs all year round and 100% outside the heating season. This coverage rate is what is practiced for a solar water heater: it is the best cost-economy ratio.

For the electricity part, the production is proportional to the surface and depends on the inclination, the orientation, and the geographical area. The electricity can be self-consumed or sold on the grid (which is generally more interesting).

Attention: the multiplication of hydraulic connections increases the risk of leakage between each sensor. As these connections are located under the sensors, it complicates the repair of a possible leak.

For more information, please do not hesitate to write your comments in the section below.