How Does Home Air Conditioning Operate?

An air conditioning operation produces cold by evacuating heat outside the room thanks to a refrigerant. Not everyone can keep an air conditioning system running smoothly on their own because of the large number of components it contains, and not everybody is good at DIY tasks either… but to help you grasp a few basics, let’s see how it works.

The functioning of your air conditioning is highly sophisticated since it is based on the circulation and transformation of a refrigerant. The basic components are the compressor, evaporator, condenser, and expansion valve. While evaporation assures heat absorption, condensation occurs when heat is rejected. To these, it is essential to integrate the refrigeration connections as well as the refrigerant. Let’s see further below.

The compressor is a critical component in the circuit. It allows the refrigerant to circulate by compressing it. The compressor sucks in vapors at low pressure (LP) and discharges vapors at high pressure (HP). In addition to the increase in pressure, there is also an increase in temperature during compression.

The evaporator is also essential since its role is to capture the room’s heat to be cooled.

The fluid arrives at the evaporator in the form of a liquid-vapor mixture, at low pressure and low temperature, between 5 and 10°C less than the air. The evaporator captures this heat by evaporating the refrigerant it contains. This way, heat is transferred from the air to the fluid, capturing it as it evaporates.

At the exit of the evaporator, the fluid is entirely in the form of vapor before being sucked by the compressor.

The heat captured by the evaporator, sucked by the compressor, is then sent to the condenser.

Its role is to evacuate the heat from the circuit. The condenser receives fluid in HP vapor at a high temperature, about 50 to 70°C, in conventional circuits.

The heat is transferred from the fluid to the air. As it cools, the fluid will reach its condensation temperature (about 10 to 15 °C warmer than the air). As the fluid condenses, it gives up its heat as it changes from vapor to liquid.

At the exit of the condenser, the fluid is completely in the liquid state and still HP. The average temperature is about 35°C depending on the type of installation.

The last key component of the circuit is the expansion valve. The valve allows the fluid to pass from the liquid state HP to the mixed state BP. This pressure drop creates a temperature drop enabling the fluid to be colder than the air in the evaporator.

Several expansion valves exist, from the simplest capillary type as in a refrigerator to the most sophisticated air conditioning with an electronic expansion valve.

As its name indicates, the cycle reversal valve allows the circuit to be reversible. This means that it can operate in hot or cold mode. The cycle inversion also allows the defrosting of the outdoor unit in winter.

It is a 4-way valve that connects the suction and discharge of the compressor to the 2 exchangers, the evaporator and the condenser. Depending on the mode, one is at the outdoor unit while the other is at the indoor unit.

The purpose of the service valve of an air conditioner is to store the refrigerant in the outdoor unit of the air conditioner. This is useful during the installation, maintenance, or dismantling of the unit. These are 2-position valves, open or closed.

In addition to their role as valves, they allow the connection of the manifold hoses to vacuum the circuit, add or remove refrigerant, and control the operating pressures. 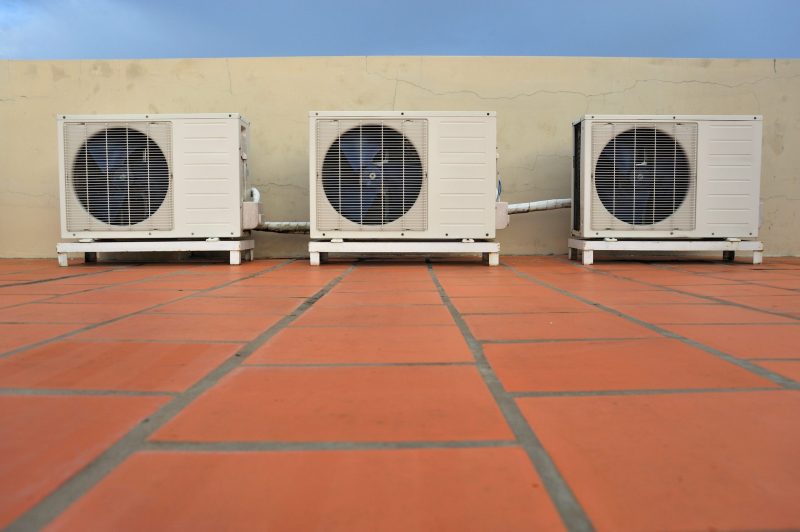 They are often mobile air conditioners comprising only one rather noisy and cumbersome unit in the first case. It is necessary to open the window or pierce the facade to let the hot air escape;

Some manufacturers can offer solutions with more units, five to six, but rarely more.

Typically, an air conditioning system should cool a room and not heat it. An additional component is added to conventional air conditioners to heat and cool: the reversing valve (4-way valve).

Reversible air conditioning is a sound system as it also provides heating in winter and air conditioning in summer. It saves space and money (an efficient two-in-one system), and the installation has a high economic return for continuous use.