It took nearly twenty years for the Dutch physicist Kamerlingh Onnes to convert helium, the last of the so-called “permanent” gases, to liquid form in 1908. And now the door has been opened to a bizarre new realm of research known as cryogenics.

This strange process will be further discussed below. 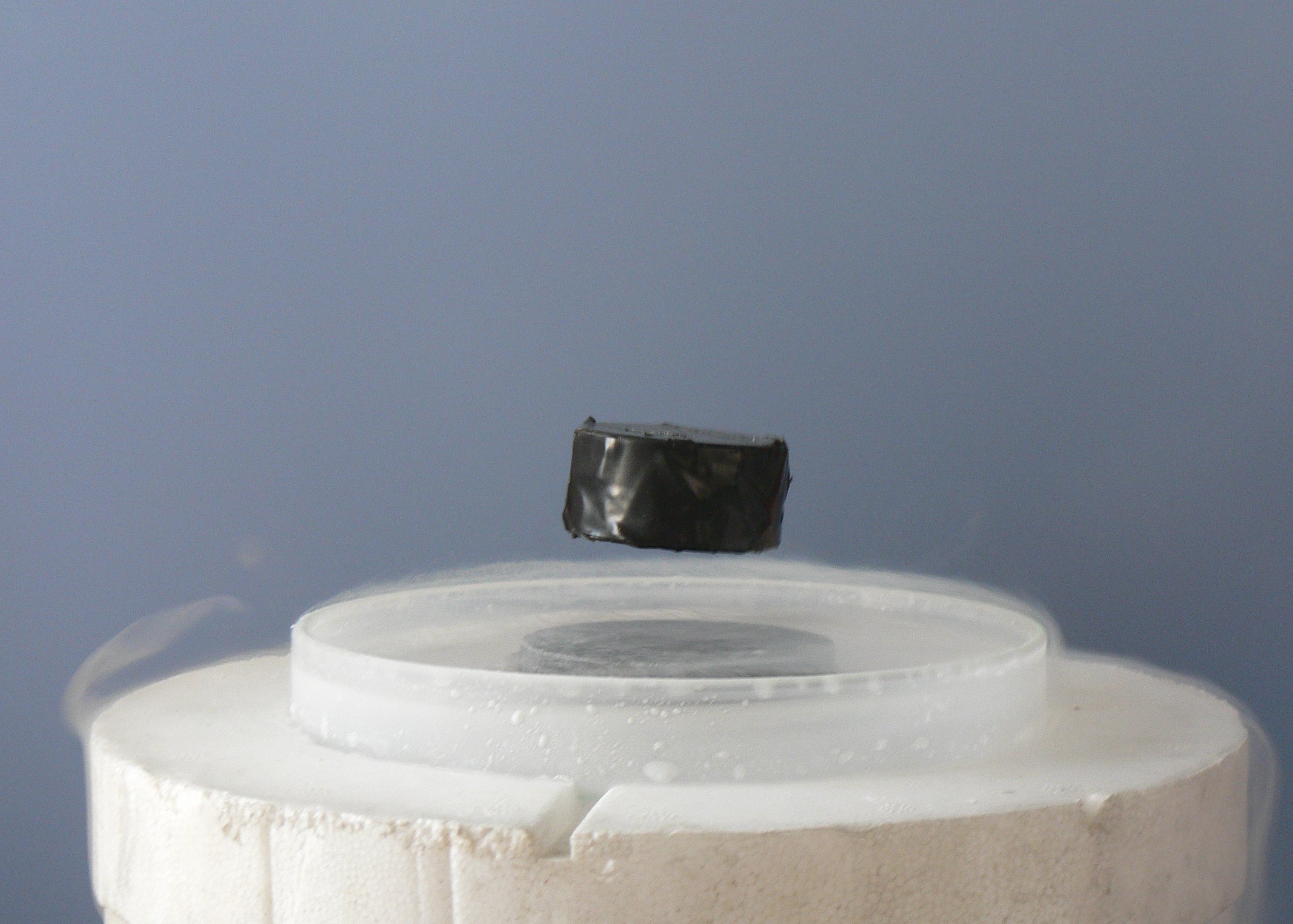 When liquid is at a temperature 2.2 °C. above absolute zero, some of its atoms have lost their thermal energy (heat energy) and are already at absolute zero. The remainders of the atoms have at least a minute quantity of energy; they behave normally in the sense that they are able to interact and exchange energy as they collide. However, the atoms that are at absolute zero have no thermal energy to exchange upon collision. “Transport” properties such as diffusion, heat conduction and viscosity are therefore “abnormal” as compared with the corresponding behavior of “normal” liquids.

Low-temperature research with superfluid helium and other substances has led to the discovery of some amazing phenomena in addition to those already mentioned. For a number of metals, at temperatures a few degrees above absolute zero, the electrical resistance disappears abruptly and completely. This remarkable phenomenon was first observed for mercury at approximately the boiling point of liquid helium by Kamerlingh Onnes almost fifty years ago. It has since been discovered that a large number of metals behave in a similar way at temperatures ranging between o.5 ° and 18.0 ° absolute. It is, of course, a matter of some interest to know whether the resistance is exactly zero or only very small. All experiments to date indicate the resistance is truly zero. For example, none experiment, a current of several hundred amperes was induced in a closed lead ring maintained at a liquid-helium temperature and was shown to be still flowing with no measurable diminution after a period of two years.

These dramatic experiments must have raised hopes in early cryogenicists of being able to build extremely powerful electromagnets, transformers, generators and motors which would have an efficiency of 100 per cent. But such hopes were soon dashed by the observation that if a superconductor is exposed to a high magnetic field, the electrical resistance returns. Since a current in a conductor always generates a magnetic field, this means that superconductors will only carry a limited current in the resistanceless condition.

When superconductivity was first discovered, it was thought that the phenomenon could be completely described by the statement that the electrical resistance is zero. Later, however, it was found that this is not a complete description. Any magnetic field that is there is evacuated from the body at the same moment as the resistance dissipates. As a result, a superconductor is both a perfect electrical conductor and a perfect magnetic shield. On the surface of a superconducting body, persistent electrical eddy currents emerge spontaneously. These currents wipe out any magnetic field that was previously present in the interior.

Another way of describing a superconductor is to say that it is perfectly diamagnetic and for this reason, it is repelled from a magnet. For example, a small bar magnet will hover above the bottom of a shallow lead dish at liquid-helium temperature and will skate around in the dish with no measurable friction. A lead ball at such temperatures can be kept above a magnetic field in a completely frictionless condition, becoming a theoretically perfect gyroscope. It will turn over once every twenty-four hours because of the rotation of the earth to which the frictionless support system is attached.