Cryogenics, a word derived from the Greek word kryos (meaning “icy cold”), is the science of very low temperatures. It had its birth in the latter half of the nineteenth century when, for the first time, man learned how to cool things to a temperature lower than has ever existed naturally on the face of the earth. It now became possible to reduce certain gases to the liquid state for the first time. The air we breathe was first liquefied in 1885 by a Polish scientist named Olszenski and ten years later both he and the British scientist Sir James Dewar liquefied hydrogen. Almost twenty more years elapsed before helium, the last of the so-called “permanent” gases, was finally reduced to the liquid state in 1908 by the Dutch physicist Kamerlingh Onnes. And now the door was opened into a strange new world of experimentation, where all substances except for liquid helium itself are solids and where the absolute zero of temperature is only a few degrees removed. 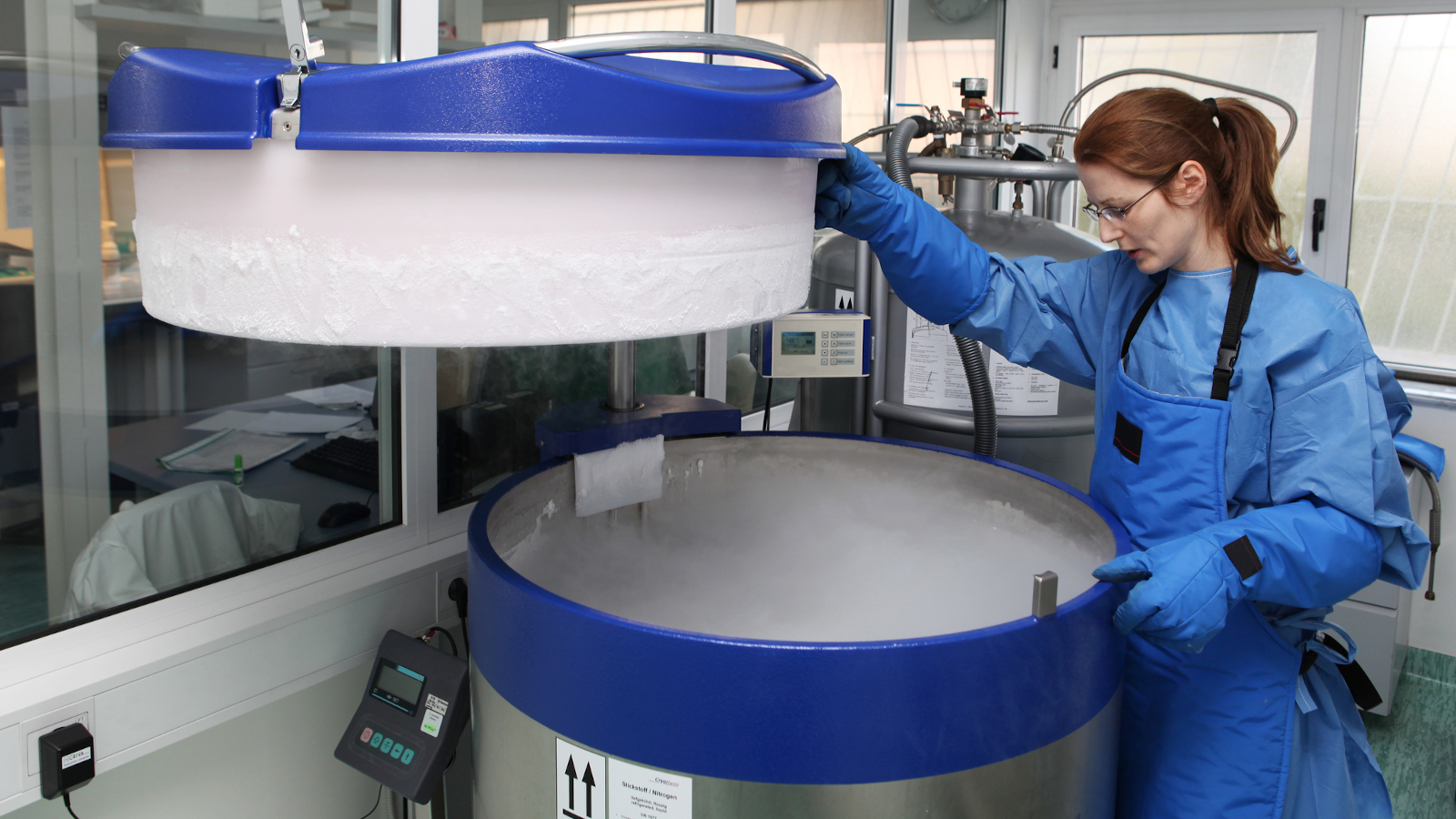 The ability to create artificially low temperatures was a consequence of understanding the behavior of gases in detail. The early work of Davy, Faraday, Boyle and Lord Kelvin, among others, provided such a basis. It was observed that gases heat up when compressed and cool off when expanded. The entire science of refrigeration, even down to liquid helium temperatures, is based upon compression and expansion of gases.

It was particularly the researches on the liquefaction of helium that made it possible to obtain the extremely low temperatures with which cryogenicists work. Helium was first discovered by scientists who were studying the spectrum of the chromosphere, one of the layers of the solar atmosphere. They noted a bright yellow line coming from a hitherto unknown element in the chromosphere. The element was named “helium” from the Greek word helios, meaning “sun. Later, minute quantities of helium were found in the earth’s atmosphere. It was also discovered imprisoned in certain minerals of radioactive origin – more recently, it has been found in considerable concentration in a few natural gas deposits. Such deposits, occurring principally in Texas, now constitute the entire source of helium for the free world. As such, they have been the subject of recent conservation legislation to avoid needless waste of this irreplaceable natural resource.

Helium is the lightest and most inert of all the noble gases. Because of this, the attractive forces between its atoms are almost nonexistent and consequently it remains gaseous when all other substances have become liquids. The boiling temperature of liquid helium is – 268.9 °C., just 4. 26 °C. above absolute zero. If liquid helium is cooled still further, for example by subjecting it to a vacuum, it does not freeze as all other known liquids do. Instead, at about 2.2 °C. above absolute zero it suddenly transforms into a new kind of liquid that has no counterpart among normal liquids.

In early experiments with the strange low-temperature form of helium, the liquid showed no measurable resistance to flow, therefore it was said to be in the “super-fluid” state. Superfluidity shows itself in many astonishing ways. For example, liquid helium flows freely through tiny cracks and pores which are so small that even gases will not penetrate at any measurable rate. It can carry heat a million times more effectively than copper and a billion times more effectively than normal liquids. Another remarkable property of liquid helium is its ability to spread out into a microscopically thin film over all solid materials which it touches and then to flow from one place to another at high speed through the agency of this film.

For today, we are going to stop here. But, if you are curious for more, wait for the second part of this series.